Redland Citizen of the Year 2020

Mayor Karen Williams on Thursday night announced that our very own John Simpson has been awarded Redland Citizen of the Year. Nominated by the Rotary Club of Cleveland, most of our members will be aware that John is very active in many areas within Rotary and the community - Circle of Men, Redlands Cancer Council, Wynnum Redlands Canoe Club among many others. In an interview with Karen, John said he has been volunteering for 50 years, starting in a Lions Club, he has been in Rotary for 35 of those, 22 in Cleveland club. We all know John's passion for working with youth and and also with the elderly in the community in many ways.  Congratulations John from all your fellow Rotarians, this award is well deserved. 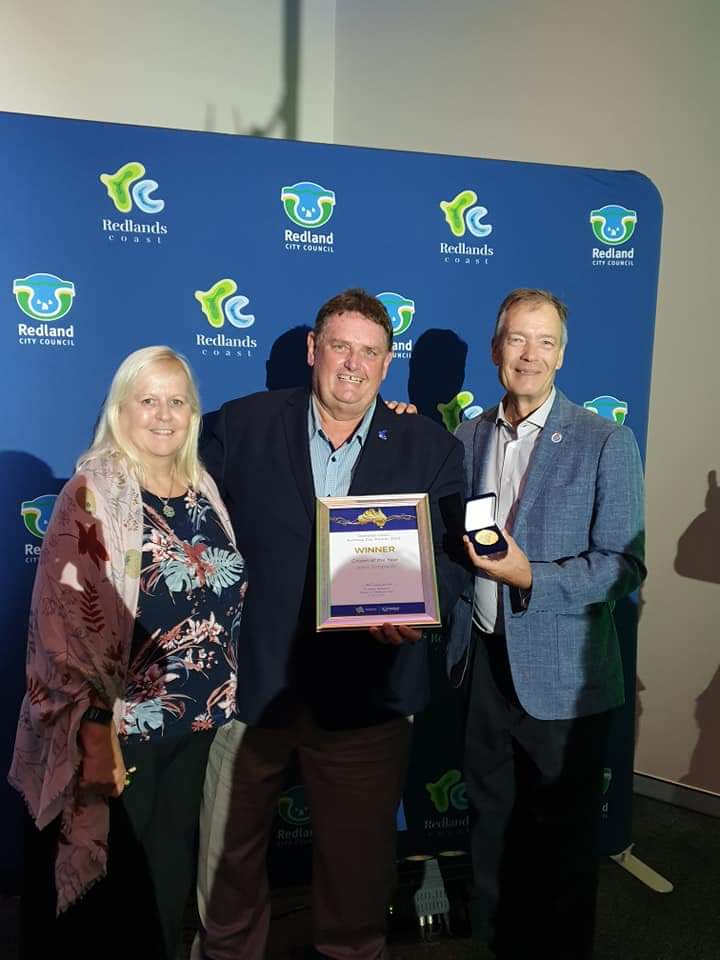 John's record of community service is extensive, and he and Gayle have lived in the Redlands for 23 years. John was at one time Manager of the local Westpac Bank, and his children, Rebecca and Tim grew up here with the wonderful example of giving to the community instilled in them by both John and Gayle. Tim recently joined John and the team in Vanuatu with the Library project. In Rotary alone, John's record is impressive - in 1997/98 he started a new club in Port Vila,Vanuatu, subsequently held many leadership roles in the Paddington/Red Hill Rotary Club and Cleveland, where he became President 2002/03. He is currently our President Elect for 2020-2021 Rotary Year. John has been Treasurer, Secretary, Chairman of the Youth Committee, on the District YEP committee, District Fund Raising sub-committee, Counsellor for Rotary Peace Fellows, and holds a Sapphire Paul Harris Fellow award. John's roles in Rotary's Youth programs, particularly in the Cleveland Club has seen him as a host parent, a mentor for students, liaison between the club and the local schools, Rotary mentor for the Interact Club of Alexandra Hills State High School.  Aside from these roles, in Rotary you will always see John hands on with barbecues, outreach programs in the local community, and of course we would not have our lovely barbecue trailer without the input, planning and guidance in obtaining the grant and setting up done by John.

Outside of Rotary, John has been busy as well - Circle of Men, which helps elderly men in local nursing homes to share time with other men on a regular basis - he believes through this he is helping to make a difference in the lives of these lonely men; Relay for Life - as Chairman of the Redlands committee in 2018, promoting and encouraging support for many years. John also volunteered at 2014 G20 Summit, the Gold Coast Commonwealth Games and is a Brisbane Greeter. in 2018 he was awarded Blue Care Inspiring Senior award for Division 1. John and Gayle have both been very active leaders in the Wynnum Redlands Canoe Club; heavily involved in P & C's at his children's schools, and part of a local Ukelele group regularly performing at local functions.

As was stated in the citation for his second Paul Harris Fellow award "Once dubbed Mr Rotary by a previous member, John has always been known to put his hand up, and he carries out any task he takes on with a willingness and dedication that is second to none.  .....  This list of John's Rotary and Community work is by no means complete - John has been active in the community all his life" 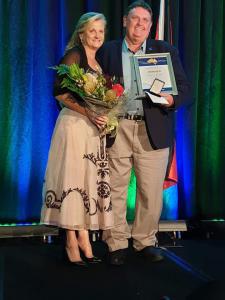